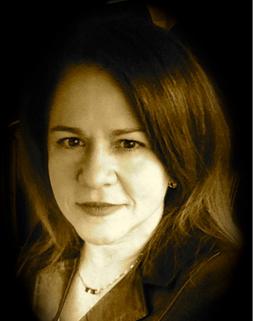 Yasmin Tirado-Chiodini is an attorney, biomedical engineer and family historian. She is a former Space Shuttle engineer and Adjunct Professor of legal ethics and negotiations for the Executive M.B.A. program at Rollins College, Crummer Graduate School of Business. She is also a recipient of the Top 25 Central Florida Hispanic Influentials, Women Who Make a Difference, and Don Quijote awards, among others. In addition to authoring ANTONIO'S WILL and ANTONIO'S GRACE, telling the story of injustice of the first Hispanic executed on the electric chair in the United States, she is also the author of DOES YOUR COMPASS WORK? A Legal Guide for Florida Businesses. She practices business law, is a speaker, blogger, and frequently publishes in various media. She lives in Florida with her husband, daughter and their rescued Labradors.

​Author Yasmin Tirado-Chiodini is available for speaking engagements and academic presentations on Antonio's Will. Lecture topics include:

The untold story behind the wrongful execution of Antonio Pontón

is a valuable lesson.

THE ANTONIO'S SERIES is a valuable reading for those interested in learning about Puerto Rico's history, as well as the subjects of law, justice and death penalty at the turn of the 20th Century in the United States.

The historical novel ANTONIO'S WILL is the result of many years of research that began with the study of one of the author's paternal ancestors. The century-old events of Antonio's crime and his execution were not passed down to the author's family, although the event made front page and newspaper headlines in the early 1900’s, both in the United States and in Puerto Rico.

The book walks the reader through the historical and cultural journey of the making of one of the most prominent Puerto Rican families at the turn of the 20th century. The reader will learn historical details about Manuel Pontón, his tobacco business, his family, as well as details about his son Antonio's life in New York, his crime, the trial injustices, his life at the Sing Sing Prison and the legal and social environment leading to Antonio Ponton's wrongful execution.

ANTONIO'S GRACE is a work of non-fiction that documents the story in ANTONIO'S WILL with historical photographs, documents and evidence researched by the author. It expands on the unprecedented call by the Puerto Rican people, community leaders, U.S. and Puerto Rican government officials, and even prison wardens, as they tried to persuade New York's Governor Charles S. Whitman to commute Antonio Pontón's sentence. It also provides a comparative legal analysis of the death penalty over a century, discusses the errors committed at trial, uncovers evidence not introduced at trial, and provides a transcript of over 21,000 names of those who petitioned for clemency, a valuable resource for historians, anthropologists and genealogists.